"Who said Market Research is boring?"

April is one of the busiest months of the year when it comes to events in the market research industry and in our case it wasn’t the exception. As Netquest we participated in more than10 events throughout Spain, USA, France, England, Austria and Latin America. In this last case, as main sponsors of ESOMAR Latam and ABEP Congress in Colombia and Brazil respectively

I must say I’m still new in this sector since in my previous professional experience I was more involved with arts and cultural management. In that area I had the opportunity to work on literary festivals, street art circuits, music concerts, art exhibitions, recreational, educational and entertainment events.

My expectations of Market Research industry and the events that I could find here were very different from what they really are. I mean when you hear "market research" you don’t picture a concert, do you?

This year  the unmissable event for market research in Latin American began at the beats of bachata and salsa choke in Bogota on Sunday April 10, but beyond the frenetic tropical rhythms, the content of the papers was also far from boring.

In a continent of continuous changes, where social issues have a big impact, there’s a digital renewal going on that has enabled the development of new technologies in the region. That concept also came alive in our stand as we got people to "Explore the genuine local vision" through VR glasses in which you could experience Bogota in 360º.

Something that impressed me is how the papers presented aimed to solve very specific Latin American problems but whose proposals could easily become global. This is precisely the case of the winner for best paper: Coca Cola Culture Club, Exploring brand execution in point of sale by Dichter & Neira and The Coca Cola Company, an innovative approach that enabled the brand to identify patterns of sales and distribution, typical off -line indicators but that this time were measured digitally with an app.

Another highlight of the event was the presentation by Macarena Estevez from CONENTO Spain called: Triple E Brand Model where you could hear phrases like: "The essence of the brand is affected by its contents and this relates to its energy." Wow.

This edition also featured the presence of big brands: HBO, Facebook, Subway, Sony Pictures and Twitter, with whom we collaborated in collecting data that was used for the paper The new (new) Social TV Revolution written by Ipsos, which claimed the (still) important role of TV.

However, since Latin America is a continent of contrasts, between all the “shopsumers”, “consumer experiences”, “brand drivers”, “paths to purchase”, “big datas”, “smart datas”, “right datas”, etc., there was also room for papers with social and political content. Engagement on a Tightrope by StatMark and Merlin Telecom Group talked about how a Venezuelan channel positioned itself first in the middle of a true media crisis in the country, throughout a semantic analysis based on [literally] #hashtags. Meanwhile Ask the world: New Frontiers in Global Consumer and Citizen Accessing Opinion by RIWI showed an interesting study on the perception of Sitka virus throughout all of Latin America diverse realities.

Federico Barallobre made a revealing closure from the tweets we provided at the congress and stated: "TV is the most commonly used word during the ESOMAR Latam Congress 2016."

That says: TV is still the King and this it is not a Game of Thrones spoiler.

ABEP Congress: a few drinks with the Brazilian market

Earlier this month, on the 4th and 5th of April, the team of Netquest Brazil was at the 2016 Abep Congress, the most important event on Market Research in the country. There we had the occasion to present a paper titled Pc vs smarphone: Study on the differences between the responses and data collection in online panels, which showed the diversity by using different devices.

We loved the feedback we received at this event because we noticed that the Brazilian industry is increasingly relying on online research and the combination of different data sources for a genuine opinion and consumer behavior, an idea that inspired some of our gifts for the attendees during this event.

"I confess I found Netquest’s merchandising unique and singular. But it is now clear that it was made based on a predictive analysis of the behavior of those attending the Congress." Alexandre de Araújo Garcia, Opinão Brasil

Our gift was a kit to make Caipirinhas.

The Insight Show in London

The name of the event says it all, it’s a show off of market research industry, and so all the exhibitors must present their best tricks. Nearly 100 exhibitors attended mostly panel suppliers and software companies focused on the British market.

Gabriel from @netquest took part in our Tornado Challenge! Don’t miss out, come see us at stand IN70 #Insight16 #mrx pic.twitter.com/DQj0IxoQCM

From stands with massages, magic tricks, multiple recreational facilities, tornadoes with colored balls... you name it and London calls. Our trick was full of romantic magic: it’s the second year in a row that we try to bring a bit of the Catalan tradition of Sant Jordi. by delivering red roses to the ladies around our booth. Also it was very interesting to be part of the speaking sessions and to share our perspective.

Today we need a research that takes into account the local perspective and different data sources. And so this serves as inspiration for Netquest upcoming event, ‘The Holistic Research’, to be celebrated in Barcelona and Madrid in a few weeks.

This we can say, Market Research is a dynamic always changing industry, certainly anything but boring. 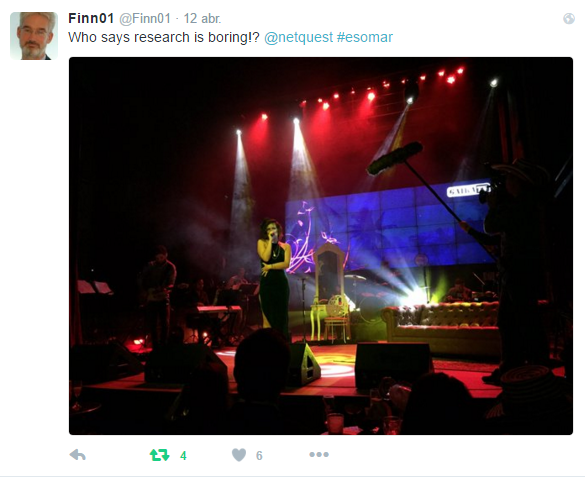 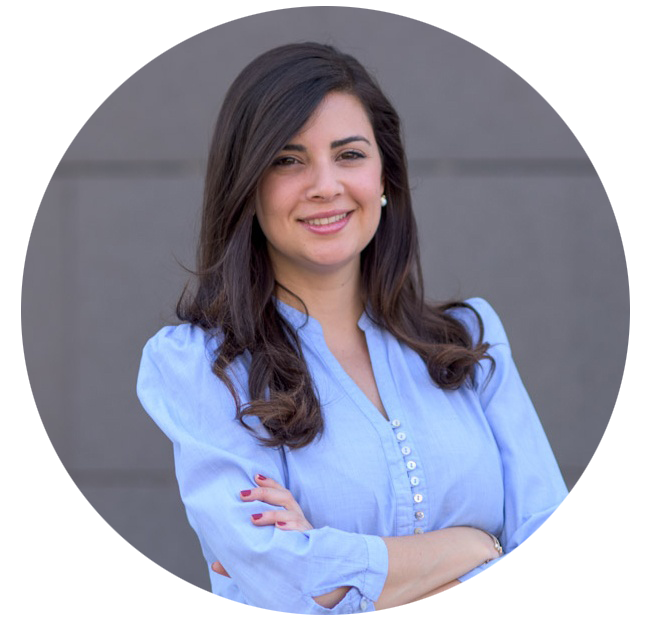 She obtained a degree in Communications & Media at the Universidad Católica Andrés Bello in Caracas (Venezuela) and then got an MA in Creativity and Strategic Planning at Universidad Complutense in Madrid (Spain) Driven by curiosity Vanessa is a confesed Inbound Marketing fan.

I confess I like cooking (although I’m starting to suspect that this is an unrequited love).
END_OF_DOCUMENT_TOKEN_TO_BE_REPLACED
March 5, 2018 | Joaquim Bretcha

IIEX Europe: once the hype mist is cleared people ...

An upfront confession: I am writing this post while attending the Mobile World Congress in Barcelona, a feast of ...
END_OF_DOCUMENT_TOKEN_TO_BE_REPLACED
September 13, 2017 | Isabel Montero Garcés

MRS Oppies Awards. Tasting the success of a ...

When we heard we were selected as finalists for the MRS Oppies Awards (for the ‘Best Data Collection Online’ category), ...
END_OF_DOCUMENT_TOKEN_TO_BE_REPLACED
August 30, 2017 | Isabel Montero Garcés

When Netquest was born over 15 years ago, we didn’t think we would get this far or see the fast paced growth we’ve been ...
END_OF_DOCUMENT_TOKEN_TO_BE_REPLACED