Teenagers, Violence, and COVID-19: A different use for #NetquestData

Usually, when we hear the term “market research,” we think about brands, products, advertising campaigns, and consumers; we don’t often directly associate it with other uses, such as the creation of political marketing campaigns or awareness campaigns by civil society organizations. But it wouldn't be far-fetched to do so, since it’s similar work: we gather data on the target population to generate insights that reveal important new information.

For example: Recently, in Mexico, we collaborated with the Lexia Agency and the organization Guardianes to conduct a study called Mexican Teenagers and Young Adults During Lockdown: Between Violence and Coexistence. We were trying to use survey data to understand and describe the perception of Mexican teenagers and young adults, the way they live together with their families during the COVID-19 lockdown, and, most importantly, if they have experienced any form of violence during this time. This is such an important and delicate subject that, in the last few weeks, we joined the 59th session of the United Nations Commission for Social Development to present on the topic: “Challenges and Obstacles Facing Teenagers in the Digital World.”

For this collaboration, we used our online panel to survey 400 men and women between the ages of 16 and 21, half men and half women, from every region across the country, of every socioeconomic status (SES), who live with family and who remained socially distant at home during the first phase of the pandemic, from May to June of 2020.

The 5 most important findings were:

Given these chilling figures, it is not surprising that the impact of the lockdown on young people has been mostly negative, as 50% miss their pre-pandemic life and 3 of 10 feel discouraged; another 20% say that they have become more irritable. The family and domestic problems that have surged during the lockdown include financial struggles (74%), disagreements among family members (73%), and despair due to the lockdown (66%).

Naturally, when panelists were asked what they would feel if the lockdown were extended, the three most common answers were “worry” (84%), “anxiety” (74%), and “distress” (73%). Their outlook on the future isn’t very promising either: nearly 50% stated that “things at home will remain the same, or unchanging” after the lockdown is over.

The study reveals that the primary victims of the violence are the panelists themselves, followed by mothers and younger siblings. During the lockdown, the primary aggressors in Mexico commit domestic violence at practically the same rate: fathers (35%) and mothers (31%).

Even more concerning, despite the number of youths who report experiencing violence during this time, only 4 of 10 have sought help solving the problem; the rest have not taken action out of fear or shame, because they don’t know whom to contact, or because they have never received help in the past. Trust in official institutions is practically non-existent (3%), and young people mainly seek out help from other family members; only 2% look for help from civil society organizations.

In terms of young people’s digital lives, the pandemic and lockdown have prompted an uptick in time spent online: 94% of panelists reported spending more time on the internet, primarily to use social media, followed by research and homework for school, and activities such as games, browsing the web, and joining videochats. However, there is reason for alarm in the data, as 87% report that they use the internet without parental supervision or that the rules for how they spend time online haven’t changed since the lockdown began, despite the increased reliance on online interactions; some of these young people spend part of their time online viewing adult videos or engaging in sexting.

Thus, this study provides disheartening data on the status of many young people in Mexico, whose experience is probably similar to that of youth in other parts of the world. Our responsibility is to share this data and its implications, and for the society reflected in this data to turn its attention to another of the many challenges stemming from this “new normal” in which we have been living for over 10 months. 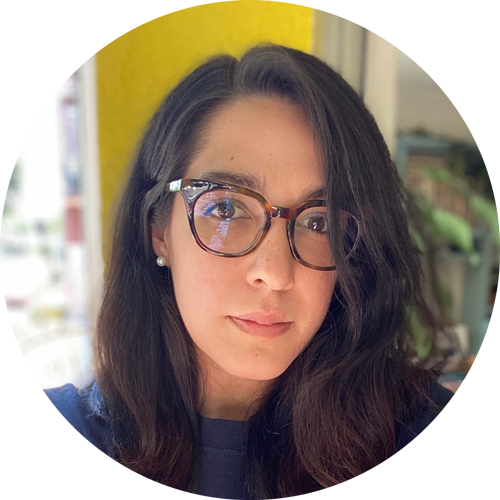 She has developed her career in strategy and content creation, digital marketing and is passionate about creating unique and memorable brand experiences. Cat lover, early riser. Hobbyist runner and genuinely curious about society and culture.

The role of audience measurement in post-COVID-19 ...

Ever since the world became gripped by the word “pandemic,” threats to the audience measurement ecosystem have been ...
END_OF_DOCUMENT_TOKEN_TO_BE_REPLACED
October 6, 2021 | Maria García Limón

After more than a year, there is likely not a single person on this planet who does not have at the ready at least 5 ...
END_OF_DOCUMENT_TOKEN_TO_BE_REPLACED
April 30, 2021 | Ferran Savín

Knowing the past enables us to understand the present better and helps us to visualise the future. It is perhaps the ...
END_OF_DOCUMENT_TOKEN_TO_BE_REPLACED
March 10, 2021 | Maria García Limón

What websites do our female panelists visit?

In recent years, it has become common to see millions of women around the world take to the streets on March 8 to ...
END_OF_DOCUMENT_TOKEN_TO_BE_REPLACED