The Super Bowl Stats You Haven't Seen Yet

People are no longer watching the Super Bowl for the commercials. Women are still the future of the NFL. Online grocers are reaping the benefits of Super Bowl Prep. Plus, much more.

The two weeks leading up to the Super Bowl is when many begin stocking up for the big game. The National Retail Federation projected Americans would spend 18.5 billion dollars in total for the 2018 Super Bowl LII.

Grocers throughout the country always benefit big time from this event. While looking at online purchase trends, we saw a spike in visits in our panel to online grocers like WholeFoods.com, Jet.com, Freshdirect.com, and Instacart.com during the two weeks leading up to Super Bowl LII.

On top of this, 47% of the people who watched the 2018 Super Bowl were women and 69% of those women reported they watch the NFL all the time or almost all the time. This is big news!

Women are increasingly more interested in football. In 2014, the Washington Post stated that women “represent the [NFL] league’s biggest opportunity for growth.” During the same year, Bloomberg stated “The league’s future depends on female fans.” Four years later, the efforts by the NFL to attract and retain a female fanbase have proven to be very worthwhile. Football is no longer just a man’s sport as women are showing up in record numbers to watch a game they thoroughly enjoy!

Rather than going to a friend’s, hitting the bars, or actually going to the Super Bowl, 71% of those surveyed reported they stayed at home during Super Bowl LII. Surprisingly, only 9% said they went out to a public space, such as a bar, for this year’s Super Bowl. Football is at the heart of America and home is where the heart is.

If that much money was actually spent, we figured viewers must have been preparing for parties or a night out for the game. To combine our behavioral data with survey data for further insights, we asked panelists about their plans. After the Super Bowl that is, because you know, plans change all the time.

With the rise of social media, Super Bowl commercials are more accessible than ever before the big game. In preparation for this article, we typed in ‘Super Bowl 2018 Ad Leaks’ on Google prior to game day and found that commercial content was accessible all over the internet thanks to Rolling Stone, Bleacher Report, and many other media companies. It's also become common practice for advertisers to release Super Bowl ad previews as teasers. But, are these teasers really amping people up to view the entire commercial during the Super Bowl?

Our panelists have shown that they no longer watch the Super Bowl for commercials and that is likely because those that are who are curious about the commercial may just browse the web and find the ads weeks prior. The pertinent question for advertisers becomes: Will brands continue spending over 5 million dollars for ad spots on TV? The power of behavioral data gives brands an additional avenue to accurately study the effect of different advertising strategies.

Ready for behavioral? Let's come up with a strategy to help you optimize your brand research! Contact us today. 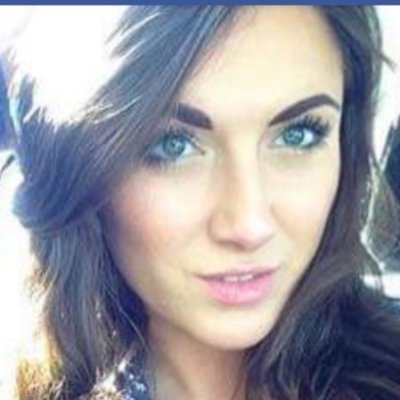 Katie Hagan | On a creative pursuit to incorporate all her passions

With five years of multifaceted marketing experience, three psychology research studies as primary investigator, and multiple creative writing pieces published, she aims to remain refined in both the creative and analytical sides of the marketing and communications industry.

What are the Most Popular Social Media Channels ...

“The future is hidden behind the men who make it” Anatole France
END_OF_DOCUMENT_TOKEN_TO_BE_REPLACED
June 12, 2020 | Andreina De Abreu

Innovate. A verb we all know and have heard before. It means changing or modifying something, introducing something ...
END_OF_DOCUMENT_TOKEN_TO_BE_REPLACED
April 30, 2020 | Carlos Ochoa

How many people have actually been infected by COVID-19? Over the past few weeks we've seen a surprising range of ...
END_OF_DOCUMENT_TOKEN_TO_BE_REPLACED